Last year I made some vague goals that didn't have specific tasks attached to them. I left things kind of open because I honestly didn't want to break any given resolution and I also wanted to leave the opportunity open for whatever adventures might come throughout the year. The things I listed as wanting to do were:
Something Magical
Something New
Something Unexpected
Something Scary

Well here's my interpretation of what happened in all those areas:

Something magical:  Moving in with Jeff--well this was actually the one resolution we made together, basically figure out a way to make it happen sometime in the year. We talked about the logistics, what it would mean in many different aspects and time frames. I ran this past my kids so they felt like I didn't make this decision arbitrarily and they were both cool with it. We had a couple of stressful months trying to make it all happen, because I was supposed to leave my place by certain time in April but then had to wait a couple of weeks to get into the new place, turns out that I was told my place had been rented so I HAD to be out....well one way or another it all worked out somehow and we got a nice place that has worked out for us in lots of good ways.

It all came together around Memorial Day and the experience has been beyond my hopes and expectations. Sure we've had to learn new ways to adapt to each other and learning yet lots of cool (and quirky) things about each other even now. In many people's eyes this was long overdue--almost 2.5 years after being together as a couple, but in our eyes it felt right and I'm glad we made it happen---who would have thought that in the midst of my angst years ago I would find myself in this situation? Not in my wildest dreams...

Something New: For the first time in about 20 years I wanted a birthday party for me. I am not one to call attention to myself--I just learned to draw away celebrations or the possibility in many years of marriage and many other situations. But this year was different and although our place is not big at all and conducive for parties I invited my kids, relatives and friends from different walks of life to come and celebrate. It was a lot of fun--it was interesting to watch some of my worlds collide (my kids meeting some of gay friends, straight friends hanging and chatting with everyone). I heard from some people that it was a great experience, definitely a chance to put themselves out of their comfort zone and have a good experience. I should probably make this a yearly tradition... we'll see!

Something unexpected: Had my name removed from the LDS church--I actually had this in my head for a long while. I am not sure why I had waited so long to make it happen. Somehow or other the letter had just never been written and sent, so before the move in with Jeff I decided I wanted it done. I wrote the letter, sent certified-mail copies to the bishop listed on the LDS church website, the stake president and headquarters and heard back from headquarters about two weeks later with a pamphlet asking me to come back....um--okay---the official name removal about six weeks later. No hassles, no nightmares.
I was glad to be able to move on and all the previous imagined anxiety I had about doing this fizzled out. In my best LDS-speak: "I'm forever grateful" for the time I spent being Mormon--I learned a lot, I grew as a person a lot, I enjoyed many relationships and friendships-some of which are still going even after coming out; my mission is still one of the best things that happened to me in my then 20-year old life--I don't regret any of it--but I also realize as Jeff calls it--that there's no place for me at the Mormon table and if for any reason that were to ever change, it would likely not change my feelings. It really was time to move on, so I'll just leave it at that.

Something scary: Some people know about this and some don't. I got a piercing--this is something that I wanted to do as part of my divorce back when--something for me, about me that the old me would have never done. Jeff got me a gift certificate last year so I really had no excuse. It did take me a few months to build the courage and yes I won't deny it, the experience was scary and full of adrenaline but it was not nearly as bad as I had expected (or as bad as the YouTube videos showed). I won't go into more details because, well--this is still my thing, LOL...

So it was a good year. I'm glad I saw the chances to make the things I wanted to do happen and here's to many great things happening this year and in the future---cheers!!
Posted by Miguel at 12:00 PM 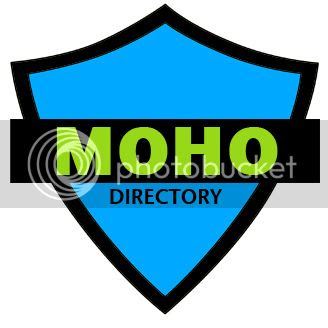 Miguel
Utah
40-something ENFP, dad, son, brother, lapsed Mormon, gay man and all around human being that talks about everything but nothing in particular.